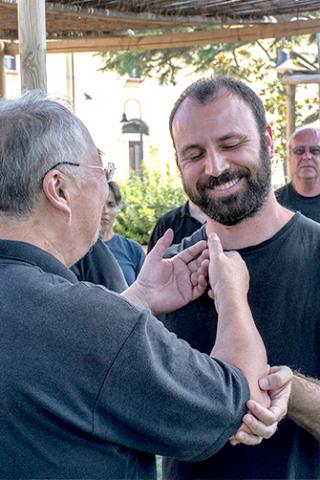 As a member, you will benefit from the unique skills of Master Ding and his instructors, who all work hard to make learning effective and fun.

Beginners and experienced practitioners are all welcome at Master Ding Academy London HQ.

In this modern time, it is indeed rare to still have access to a knowledgeable and skillful master, who is not only open with his teaching but also willing to share his skills in this ancient Chinese art of traditional Tai Chi Chuan.

An opportunity not to be missed if you wish to improve your understanding and persue your goal in traditional Tai Chi Chuan.