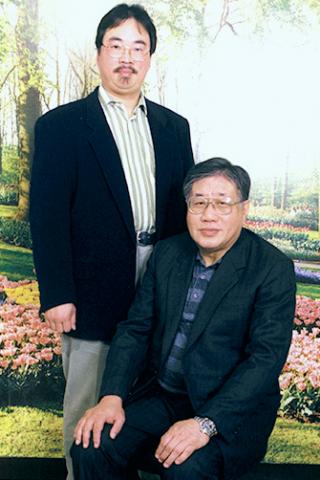 For hundreds of years, knowledge skills and arts have been passed down from generation to generation, father to son, Master to disciple. It is said that discipleship is the highest honour and responsibility that a Master can bestow a student. The event is a rare occasion, and its importance felt throughout the international community.

The act of discipleship (Bai Shi 拜師) is not merely a namesake, but instead describes a bond that has been formed between Master and the chosen disciple. A signal to the outside world that a level of understanding has been established that goes beyond mutual respect and admiration or dedication and duty. However this trust and understanding is not enough. It is only one facet of the complex relationship between Master and disciple.

Discipleship is not available to all. Its essence requires a student that has the ability to actively absorb, and assimilate the most refined concepts within the art at the highest level. That their character is of the most respectable and that their ability to conduct themselves in a moral and professional manner is not in any doubt. The disciple assumes the responsibility of being a representative of the teacher: someone who will assume the mantle of responsibility for the on-going well-being of the teacher, the teacher’s reputation and all the teacher hold to be important, particularly in relationship to the tradition being taught.The journey to

discipleship begins by first becoming a student or member of a Tai Chi Chuan organisation. The word student literary mean a person following a course of study. However, in Chinese, it has a much deeper meaning. These people are called “門生 Moon San” in Cantonese. It gives student a sense of belonging to the organisation.

In ancient times, students are usually taught by senior students and only occasionally by the Master. Over time the student learns the basic principles and concepts of the art through the practise of forms.This form the basic foundation block on which other more advance training are build on. In time as ones training progresses one tends to spend more time with the Master.

The Master continues to instruct the students in accordance to their standards. At each level, students receive different training, particularly so in Tai Chi Chuan. During students training, the Master continually assesses students’ character, commitment, dedications and ability to absorb new levels. He teaches the students accordingly. In some cases, advanced students because of their character are not shown higher level skills until such time when they have changed. Staying with the master for longer period will ensure the opportunity to learn higher level of Tai Chi Chuan.

To ensure that the art are passed on to student to take on such responsibility in the next generation, the Master usually choose a successor or a few worthy students. In the past, it is very difficult or impossible for an outsider to obtain the full transmission from the master, as the family art is a closely guarded secret. It was kept within the family and passed down from father to son. Often you can observe that the successor to the family art is usually a member of the family. This is still the case in some martial arts. People outside such family, practically have no chance of getting the whole transmission of the art. However, some modern masters do take a more sensible and practical approach. They are still selective of their disciples so as to ensure that the treasure, Tai Chi Chuan continues to exist in future generations to come. 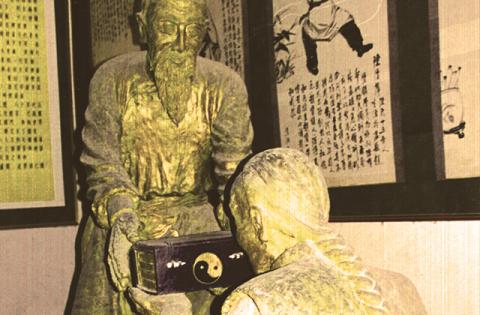 The highest honour for student in his training is to be chosen and accepted as a disciple by a Master. This is the highest accolades in one’s training. The words, “Disciple” in the English dictionary explain it to mean a follower of the doctrines of a teacher or a school of thought. In Chinese, its more specific and focused, it is called, “ Bai Moon Di Zi ” when translated means the indoor/inside disciple which involves “Bai Shi”. Bai Shi is usually a very grand celebration, which is as important as a wedding as it is a ceremony of acceptance of the disciple being a member of the Master’s family. Martial Artists from various martial arts organisation are invited to share the good fortune with the master.

In Chinese, the word disciple comprises of two characters, “Di” meaning younger brother and “Zi” meaning child. So when one becomes a disciple of a master, in actual fact, one is accepted as a member of the master’s family. In addition, the disciple has also taken the master as his father and follows and obeys him for the rest of his life. To be accepted as a disciple, the person must have developed over the years a proficient level of skills, demonstrate a high moral character, commitment and dedication to the art and shown respect for his master. All these qualities need time to mature. Once the student becomes a disciple, the master is open in teaching the complete systems of the art. The subtlety of the arts - the most important elements of the art are clearly shown and taught. If these are not shown, one will never find them. There is a Chinese saying, “ Dim Jing ” in Cantonese. Translated in English, it means showing the finer points of the art. Hence at this stage, the learning process is truly amazing - like being in a different world. Blockages in ones earlier training are dealt with as one gains deeper understanding of the art under the master tutelage. The few who are disciples in today’s world would understand what is said here. There are certainly differences in relationship between student / master and disciple / master. The disciple / master is a special bond and their relationship is sacred. Its like father and son / daughter.

In conclusion, through centuries, the treasure of the ancient art of Tai Chi Chuan is still being passed on by the disciples. Such knowledge and skills are passed on to selected heirs from one generation to another so that not only is the art preserved and sustained but also enhanced by new ideas and philosophies gaining fresh insight and change. This is how Tai Chi Chuan remains as one of the most potent holistic arts available to mankind.