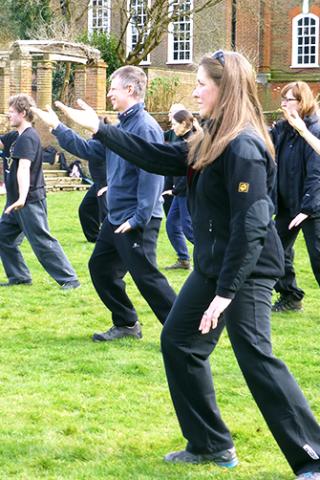 Tai Chi Chuan’s association with health is perhaps the most well-known. The principles and concepts behind the slow relaxed fluid movements of Tai Chi Chuan are central to its healing ability.Whether you are part of the new wave of Tai Chi enthusiasts from the modern generation, or part of the traditionalist camp who practise Tai Chi Chuan in its full entirety, the art’s health benefits are universal to all.

Tai Chi Chuan has a multifaceted approach to health. Its medicinal purposes go beyond the treatment of illness taking also a role in disease prevention. Tai Chi may at first seem only to work meticulously on the exterior compartment. Its precise and particular use of muscles, bones and joints serve to enhance tone and strength as well as improve balance, coordination and posture. However the benefits of Tai Chi Chuan are not only on the superficial musculoskeletal component and go beyond simply developing fitness. The Tai Chi process operates on a much deeper level, working from within.

The ancient Chinese text, the ‘I Ching’, states that nature is always in motion and that mankind should follow nature, and exercise and strengthen itself continuously. It also stresses that the balance of Yin and Yang energies physically, mentally and emotionally are essential to mankind’s well-being. All Chinese Health disciplines apply this theory to their practice.

Our bodies and each of our organs have within them elements of yin and yang. Both internal and external factors have a bearing on their balance. In some instances these organs may become more Yang than Yin. In others they may be more Yin than Yang. However the consequence is the same, creating an imbalance of Chi which if prolonged may lead further on to illness and disease.  Treatment in the form of needles (Acupuncture), oral remedies (Herbal Medicine), massage (Tui Na), and movement (Tai Chi Chuan) all have a common theme that is to re-establish and maintain the balance of Chi.

One of the main principles of Chinese health disciplines is to observe imbalances as they arise and address them before they develop into more serious illnesses or pathologies.  For many of us, too often we start Tai Chi Chuan late with the imbalance of Chi already having become well established and seeded some time ago. Perhaps this imbalance may take the form of an illness, a weak constitution, destructive lifestyle habits, bad posture or even certain negative ways of thinking. However it is through the Tai Chi Chuan process that the whole system of mind, body and spirit will start to recover and prevent further disease or emotional problems from arising. Even with a small amount of regular practice, you will find beneficial effects to your health.

The consistent and regular practice of the slow flowing circular movements that are particular to Tai Chi Chuan allows the Chi energy within the body to be harnessed and regulated to once again achieve balance and harmony. Tai Chi Chuan has the ability to improve the strength and quality of these energies to cure illness, maintain health and prevent disease. Blockages in channels that enable Chi to be taken to its end organs are said to be one of the chief factors that cause imbalance, and hence mental and physical illness. Tai Chi Chuan allows these channels to regain their patency, and recover their confluence with one another. As a result Chi is then able to flow and circulate freely within these meridians and channels to their respective destinations, invigorating the mind and body to improve, and in some cases cure, the ill. 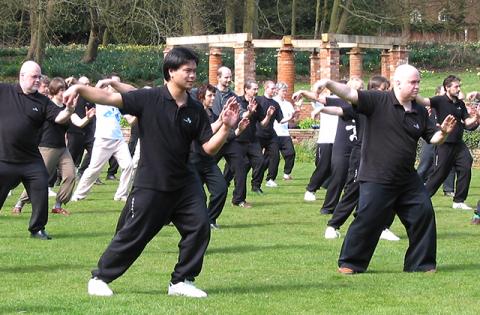 Tai Chi Chuan does not make a distinction between physical and mental illness, as the root to an illness’s pathology ultimately lies in the same reasoning. Thus Tai Chi Chuan and other Chinese health disciplines, to the uninitiated, may seem like the ‘magic bullet’ that cures all. In fact in essence it is simply putting right what is universally going wrong. Initially Tai Chi Chuan will remove blockages in the energy system from incorrect body alignment or tension, to enable you to move with suppleness, poise, lightness and speed. Then through persistent, regular, correct practice Tai Chi will improve and even cure many cardiovascular, respiratory and digestive disorders. Indeed the lack of reliance on tension and speed makes Tai Chi Chuan uniquely applicable to anyone suffering from such disorders. However going beyond aiding the musculoskeletal and physical illness, Tai Chi Chuan also helps many mental and psychological disorders.

Tai Chi principles can enhance your performance in all areas, stripping away tension and anxiety that inhibit you from giving your best. Being able to be totally relaxed and concentrated at the same time is just one of the art’s innumerable effects. Little wonder then, that Tai Chi also acts as an effective revitaliser, improving the quality of life, and is thus used by many people as a tool to combat the stresses and pressures of modern society.